Have you ever came across a code that verifies a lot of conditions to allow for some action? In normal life, we would name such process as a procedure. Programming is no different. Let's have a quick look at the procedure definition:

The definition of procedure is order of the steps to be taken to make something happen, or how something is done. An example of a procedure is cracking eggs into a bowl and beating them before scrambling them in a pan

Knowing the definition, we can consider a simple example of a procedure in a typical Ruby on Rails application. We would like to allow a user to download a report with some useful information but only if he meets the following criteria:

We can use the following simple class to verify if a given user can download our imagined report:

The class, defined above, itself is quite readable and the usage is pretty simple. It's a typical representation of the policy object pattern where the main goal of the class is to return boolean value and do not perform any complex action besides comparing and checking the values.

Now imagine that we would like to tell the user why he is not able to pull the report. We would have to rebuild our policy object and create some class that would check exactly which step of verification failed and prepare a proper message. This is the perfect scenario where the procedure design pattern can be used. 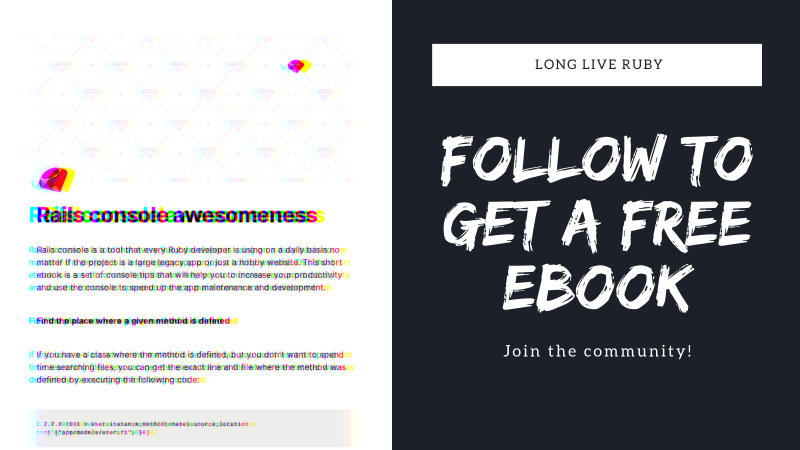 Yes, there is a gem for that. You could implement this design pattern on your own but it will be faster and easier to understand the idea by using something that will speed up the development.

The above command will add the gem to your Gemfile and install it.

The structure of a procedure

The procedure has its name and it should consist of two or more steps (otherwise a policy object should be enough for checking only one step). Let's consider the example we are already familiarized with - the procedure of checking if a given user can download a report.

We would create a class named UsersReport::DownloadProcedure that will be a wrapper for the following steps:

A few rules were used here:

As we are familiarized with the structure and rules, we can begin coding our procedure.

Let's start with building steps so we can define them later in the procedure class and make the test calls.

We had to include Procedure::Step module to make our class a step class that can be used later in the procedure class. We also used the context variable which contains all the data passed to the procedure.

You can also use the step class as a simple policy object:

We have our steps defined so it's time to build the main procedure class that will be called each time we would like to verify if a given user should be eligible to download the report.

Our procedure is now ready. The class consists of two main things:

Playing with the procedure

At the beginning of the article, we build a simple policy object and noticed that it won't be easy to keep the code readable in one class if we would like to tell the user why he can't download the report. With our new procedure is pretty simple:

The above user is not eligible to download the report because his name is Tim and we accept only John or Tom. If you would like to check if the procedure was successfully verified you can use #success? or #failure? methods:

Everything you would pass to the .call method of the procedure is available via context variable in both passed? and failure_message method so you can prepare even more meaningful failure messages like "Your name is Tim and we accept only John or Tom".

The procedure design pattern is a good choice for complex verification processes where multiple steps need to be checked and meaningful feedback message should be returned but it's an overkill if you need to verify just one or two simple conditions.

Let's recall what we have learned in this article:

The source code of the procedure gem is available on Github